Protecting your privacy is very important for us. The main principle is personal data is to be processed lawfully, fairly and in a transparent manner to protect the rights of the data subject. All processing of personal data is to comply with Hanken’s Privacy Policy:
www.hanken.fi/privacypolicy 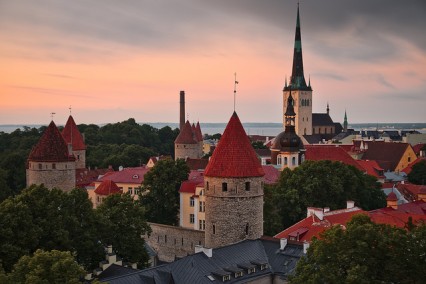 Tallinn is the capital and largest city of Estonia. It is situated on the northern coast of the country, on the shore of the Gulf of Finland, 80 km (50 mi) south of Helsinki, east of Stockholm, north of Riga and west of Saint Petersburg. Tallinn has a population of 449,160.

Tallinn’s Old Town is one of the best preserved medieval cities in Europe and is listed as a UNESCO World Heritage Site. Tallinn is the major political, financial, cultural and educational center of Estonia. Tallinn has the highest number of startups per person in Europe and is a birthplace of many international companies, including Skype.

Tallinn is a great city to have a day trip. The city offers excellent restaurants for fine dining and great shopping opportunities!

A cruise from Helsinki to Tallinn with Viking Line just takes 2.5 hours!

It takes only 3,5 hours to travel from Helsinki to st. Petersburg by train!

Porvoo is a city and a municipality situated on the southern coast of Finland approximately 50 kilometres (30 mi) east of Helsinki. It is one of the six medieval towns in Finland, first mentioned as a city in texts from 14th century.

The Old Town one of the most beautiful cities in Finland. It provides one of Finlands most colourful sights and tourist attractions. Old Porvoo is famous for its narrow lanes and brick-coloured riverside warehouses.

In the Empire-style part of the town, the low wooden houses belong to the classical town plan where the streets form squares. It is here that the home of Finland’s greatest poet, Johan Ludvig Runeberg, provides one of Porvoo’s most popular tourist attractions.